Fish is one of the best dietary sources of animal-based omega-3 fats, and because of its versatility, wide availability and distinct flavor, tuna has grown to be one of the most popular options today. But there are repercussions when eating tuna, which is why it’s not always recommended for people — or for pets as well.

This article discusses the pitfalls of feeding tuna to your pets and what other healthy seafood choices and omega-3 sources you can safely feed to your pet. 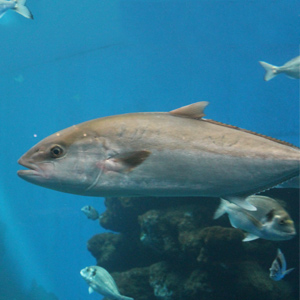 Tuna fish can grow to enormous sizes. For instance, the Atlantic blue fin tuna can grow up to 2 meters (6.5 feet) long and weigh as much as 250 kilograms (550 pounds).1

Tuna Is Loaded With Mercury and Toxic Pollutants

While tuna offers nutrients like iron, selenium, B vitamins and zinc, it is still not a good idea to feed it to your pets because this seafood is loaded with toxic pollutants including flame retardants, pesticides and polychlorinated biphenyls (PCBs).2

According to a study published in the journal Environmental Health Perspectives, 90% of tuna from the northeast Atlantic Ocean and over 60% from the Gulf of Mexico have worrying pollutant levels that could trigger health advisories in certain members of the population, like pregnant and nursing women.3,4

"Mercury, one of the most toxic compounds known today, is also found in tuna."

In a study published by the U.S. Geological Survey, significantly high amounts of mercury were found in all of the tuna they tested;5 in yellowfin tuna particularly, the levels are rising by 3.8% per year.6 This is alarming, considering that mercury can affect various areas of human and pet health. In pets, mercury can harm the brain and kidneys.7

How Polluted Is Your Tuna? 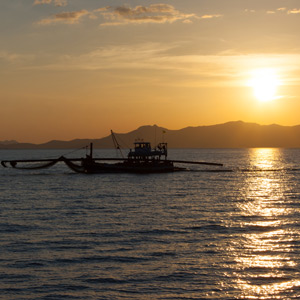 The answer depends on where the fish was harvested from. According to a 2017 study, yellowfin tuna caught in industrialized regions of the Pacific and Atlantic Oceans have pollutant levels that are 36 times higher than tuna caught in remote areas of the West Pacific.8

Watch Out for These Mercury Poisoning Symptoms

Many commercial canned pet foods contain high amounts of tuna and other mercury-loaded seafood, so if you feed these to your pet on a regular basis, there could be a chance that they may experience mercury poisoning, as this dangerous toxin can build up in the body over time.9 In dogs, symptoms of mercury poisoning include:10

In cats, mercury poisoning symptoms may manifest as:11

If your pet exhibits any of these symptoms, bring them to your integrative veterinarian for immediate diagnosis and treatment. Unfortunately, it’s rare for pets to have acute mercury poisoning symptoms, but that doesn’t mean mercury isn’t accumulating in your pet’s body and causing damage, especially if you’re feeding seafood-based pet foods that contain tuna; cats are often quiet victims of heavy metal accumulation, resulting in progressive kidney dysfunction.

Another Reason to Not Serve Tuna: Populations Are Declining 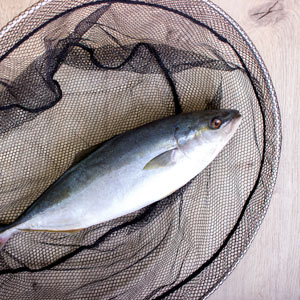 Because of the high demand for tuna in sushi markets, populations of certain tuna species have severely declined due to overfishing and illegal fishing in the past few decades. These include the Atlantic bluefin tuna, Pacific bluefin tuna and Southern bluefin tuna.12

Other Safer Seafood Choices to Offer

The good news is that not all seafood is loaded with mercury. Wild-caught Alaskan salmon is a good alternative to tuna, as it offers plenty of nutrients with fewer risks of heavy metals. You can read more about feeding salmon to pets in this article.

Another great option is sardines. Sardines are one of the most concentrated sources of omega-3s available, and because of their short lifespan, they don’t live long enough to accumulate toxins. They also contain nutrients like vitamins B12 and D, selenium, calcium and more.

Here’s an easy sardine treat recipe that you can try. Just remember that healthy treats like this should only make up less than 10% of your pet’s daily caloric intake.

For the Best Omega-3 Sources, Here’s What I Recommend

Omega-3s play a role in your pet’s overall health in numerous ways, which is why it’s important that your pets get all three types from their diet, in the right amounts. These include the short-chain fatty acid alpha-linolenic acid (ALA) from plants, and the two long-chain fatty acids from marine sources: docosahexaenoic acid (DHA) and eicosapentaenoic acid (EPA).

As mentioned above, wild-caught salmon, shellfish like mussels and small oily fish like sardines are more ideal seafood choices, and they can provide your pet with abundant amounts of EPA and DHA. Krill oil is also one of my favorite sources, as it is well-absorbed and delivers these fatty acids as phospholipids directly into your pet's cells, allowing them to reap the benefits. Krill also provides antioxidants like vitamins A and E, plus astaxanthin and canthaxanthin.

All seafood should be sustainably sourced. Having third party verification for sustainability and safety is important when harvesting anything from the ocean, including krill.

One of the best strategies is to look for seafood that has been certified by the Marine Stewardship Council (MSC). Their logo features the letters MSC and a blue check mark in the shape of a fish. Being MSC-certified means that the krill or the seafood you buy came from a responsible fishery that uses sustainable fishing practices to minimize environmental impacts.