It’s rare for any cat to dislike fish, and when it comes to the best choices, organic wild-caught salmon is one of the most recommended varieties out there. Wild-caught salmon is a healthy protein source for humans, but can you feed it to cats as well? How about dogs?

The good news is that salmon can be a fantastic treat for your pets, or it can be part of their biologically complete, species-appropriate diet. When given as a snack, salmon can constitute up to 10% of your dog’s or cat’s overall daily caloric intake. In fact, wild-caught Alaskan salmon has been dubbed a nearly perfect food, mainly because of its nutrition profile.

Where Do Salmon Live? 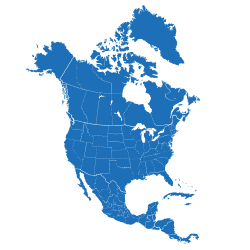 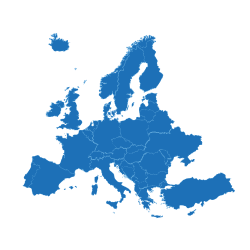 Wild-Caught Salmon Is Rich in Omega-3s

Omega-3 fatty acids in the form of DHA (docosahexaenoic acid) and EPA (eiocosapentaenoic acid)3 are among the most important nutrients found in this food. Since pets lack the enzymes necessary to convert plant-based omega-3 sources, such as hemp, chia and flaxseed, into DHA, it’s important to feed your pets DHA and EPA from animal sources, and salmon is a great choice.

These healthy dietary fats are recognized as essential for feline and canine diets, as they help maintain skin and coat health, modulate inflammation4 and support heart health.5 Being deficient in omega-3s can also contribute to vision problems, arthritis, allergies and cognitive dysfunction.

Astaxanthin is an anti-inflammatory antioxidant also found in salmon.6 This carotenoid, which gives wild-caught salmon its pink flesh and krill its bright red color, is a powerful nutrient with anticancer, antidiabetic and anti-inflammatory properties.7

Another benefit of astaxanthin is that it provides antioxidants to parts of the body that don't normally receive a lot of this nutrient. It can cross the blood-retina and blood-brain barriers, meaning it potentially minimizes the risk of diseases of the central nervous system, the spinal cord and the eye. 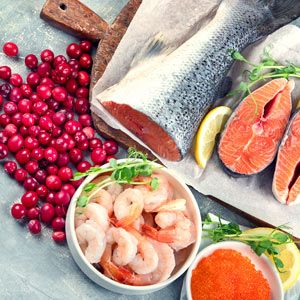 Salmon Can Be a Good Alternative to Other Protein Sources

Salmon’s protein content can rival that of beef’s — a 100-gram serving contains 19.8 grams of protein,12 which is slightly higher than beef’s 19.4 grams13 in the same serving size. According to the American Kennel Club, salmon is an advisable protein alternative for dogs that are allergic to chicken and other common types of protein. Here’s what they say:14

“Salmon is a great source of omega-3 fatty acids, which support the immune system, may decrease inflammation, and can keep your dog’s coat looking shiny and healthy. It’s also a good protein source. In fact, salmon is a common ingredient in high-quality dog foods. If your dog is allergic to more common sources of protein, like chicken, salmon may be a good alternative.”

How to Feed Salmon to Your Pets

When feeding salmon to pets, especially dogs, make sure to cook it gently first (more on this later). Ideally, cook salmon at a low, regulated temperature that helps lock in the moisture and flavor of the food. Poaching is the gentlest way to preserve the delicate fatty acids. Avoid frying and broiling as these cooking methods may destroy the valuable nutrients in the salmon15 and create Maillard reaction products (unhealthy byproducts of high-heat cooking that aren’t healthy to consume).

The best type of salmon for pet treats or homemade, nutritionally complete pet food is fresh, unprocessed salmon. While canned salmon is convenient, most brands often contain very high amounts of sodium, which is not safe for felines. Smoked salmon is equally problematic, since it’s often cured with salt and has excessively high levels of sodium nitrate as well.16 Always check the label when buying canned salmon products.

Seafood, including salmon, is a rich source of iodine, which is required by dogs for adequate thyroid hormone production. Consumption of iodine-rich foods, including seafood-based diets, should be avoided for cats as it’s a contributing factor to hyperthyroidism.

"When buying salmon, make sure to purchase wild-caught varieties, and not those raised in fish farms."

This is because fish farms cause many of the same problems as concentrated animal feeding operations (CAFOs) on land. These animals are raised in crowded pens in the ocean, where their excrement and food residues are disrupting local marine life. Farmed salmon is also high in pollutants. According to a global assessment published in the journal Science, cancer-causing PCB concentrations in farmed salmon were significantly higher than in wild salmon.17 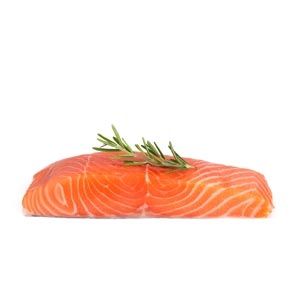 You can easily tell apart wild-caught salmon from farmed varieties just by looking at the flesh. Wild sockeye salmon has a bright red flesh, thanks to its natural astaxanthin content. It's also very lean, so you’ll see thinner fat marks, or the white stripes, in the meat. If you see salmon that is pale pink with wide fat marks, then it’s likely farmed.

Why You Should Cook Salmon Before Feeding It to Dogs

One important thing you should remember when giving salmon-based snacks, treats or food to dogs is to make sure the fish is thoroughly cooked. This is because canids, which include domestic dogs, foxes and wolves, belong to the only animal family that is susceptible to salmon poisoning disease.

This potentially fatal illness18 is caused by the organism Neorickettsia helminthoeca, which embeds with Nanophyetus salmincola, a fluke present in anadromous fish (fish that swim upstream to spawn). Despite its name, other types of fish like trout, lamprey and sturgeon can also carry this illness.

When a dog consumes infected fish raw, the larval flukes release the rickettsiae organisms. These organisms then travel through the bloodstream and go to the liver, lungs, brain and lymphoid tissues, where they can cause necrosis, hemorrhage and hyperplasia.

Freezing the fish meat for several days can inactivate the pathogenic organisms, so if you really want to feed raw salmon to your dog, you should deep-freeze the meat at a temperature of -4 degrees Fahrenheit (-20 degrees Celsius) for at least seven days.19 If you want to err on the side of caution, I recommend gently cooking the salmon before giving it to your pet.