Rice is a staple food in many cultures around the world, especially in Asian countries. There are over 8,000 varieties of this primary crop, which can be used in different ways.1 One of the most popular varieties today is brown rice.

Brown rice is often compared to white rice, as it’s said to be healthier. This is why you might see healthy recipes using brown rice as an alternative to white rice. But what exactly is the difference between the two, and is this a food you can share with your pet? Keep reading to learn what brown rice can offer your pet.

What Is Brown Rice?

Brown rice is a dehusked and unpolished type of rice.2 It’s a “whole grain,” which means it has all three parts of the kernel, mainly the bran, germ and the endosperm, each with its own set of nutrients. Only the inedible outer hull is removed.3 As a result, brown rice maintains most of the nutritional value found in rice and has a nuttier flavor and chewier texture.4 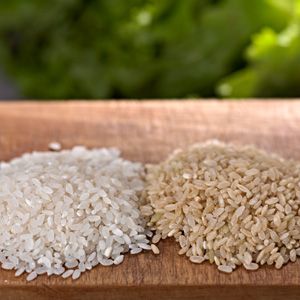 In order to produce white rice, brown rice goes through a process called milling — it removes the bran, which makes the grain easier to chew, and the germ, which has fats that can shorten the shelf life of the wheat products. This leaves only the soft, easy-to-digest endosperm.

Unfortunately, the extensive processing that produces white rice also eliminates most of the nutrients found in the bran and germ. A study in the Journal of Ethnic Foods notes:5

Hence, the fully milled and polished white rice that’s popular because of its “fluffy” and soft texture needs to be enriched with iron and vitamins B1 and B3 to make up for the nutrients lost.

So Should You Feed Brown Rice to Your Pet?

The fact is that brown rice is a grain — it’s a carbohydrate, which dogs and cats have no biological need for. Carbs convert to starch in their body, which ultimately break down into sugar. Dogs and cats have short digestive tracts and are adapted to metabolize animal flesh, so proteins and fats are the preferred energy source for these animals.

That being said, brown rice isn’t dangerous or toxic for pets; it can still be added to their species-appropriate diet if necessary, usually because of finances (adding carby fillers reduces the amount of expensive meat fed) or because your pet requires a lower protein diet. I don’t recommend adding grains “just because,” as there’s no taurine or other important nutrient found in carbs that pets lack.

Just like humans, dogs can consume some foods that are metabolically stressful (fast foods, for example), however, the goal is to prioritize calories from healthy, real foods that resonate with their innate metabolic machinery, particularly lean meats and healthy fats. Feeding a diet that contains less than 20% starchy carbs is the most nutritious, least metabolically stressful for dogs and cats.

The largest exporter of rice, including brown rice, worldwide is Thailand, followed by Vietnam and India. Meanwhile the top countries that consume rice are Indonesia, Philippines, Iran and Nigeria, as well as several European countries.6 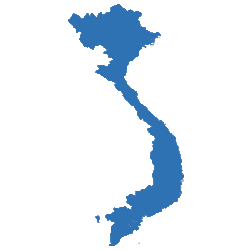 Brown rice retains the bran (which is fiber) and contains various phytochemicals like y-oryzanol, tocopherol, tocotrienol and amino acids, as well as B vitamins and minerals. This is why brown rice has been associated with various benefits, such as “anti-diabetic, anti-cholesterol, cardioprotective and antioxidant” properties.7

Gamma (y) oryzanol, for example, has been found in animal studies to have beneficial effects in curbing metabolic syndrome, which is linked to many diseases like obesity, diabetes and heart disease.8 Meanwhile, vitamin E (tocopherols and tocotrienols) has been found to help ameliorate oxidative stress and joint inflammation in animals.9

Other Nutrients Found in Brown Rice

A one tablespoon serving of brown rice has 3.92 milligrams (mg) of calcium, along with 17 mg of magnesium and 31 mg of potassium.10 These minerals may play a role in your pet’s health, and the small amounts acquired from adding a tablespoon or two of brown rice may help them meet their daily target for these nutrients.

Calcium is essential for dogs’ skeletal health, and it also plays a role in cardiovascular health, immune and hormone function, cell structure and enzyme activity.11 Meanwhile, magnesium in humans and animals plays a role in energy production.12 Animal studies that made use of hamsters also noted that feeding a magnesium-deficient diet led to cardiovascular problems like cardiomyopathy.13 As for potassium, it’s an important electrolyte that’s needed for proper function. Having low levels of this nutrient (hypokalemia) can lead to fatigue, cramping, weakness and irregular heart rate.

A tablespoon serving of brown rice has 0.40 grams of fiber.14 The insoluble fiber in brown rice helps speed up the rate at which food passes through the gastrointestinal tract.

Giving your pet small amounts of fiber is a crucial factor of their species-appropriate diet, but remember that overloading your pet on fiber is also not advisable. So make sure that when giving brown rice as a fiber source, you also provide other sources of soluble fiber in their meals, like certain fruits and veggies, in moderate amounts.

How to Prepare Brown Rice for Your Pets

“Because it’s less processed than white rice, brown rice may be more difficult for your dog to digest, so only feed it in small amounts.”

The bran layer of brown rice contains natural oils that make it difficult for the grains to absorb water, which means they take longer to cook. Make sure to boil brown rice in sufficient water (adding more as needed to fully cook it) and do not mix in any salt, spices or seasonings. Due to the extra time needed for cooking, make sure you use extra water to account for the longer cooking time.15

Since it’s one of the most consumed crops on the planet, rice has a much larger impact on the environment compared to other carbohydrates. Its production releases high amounts of methane, and it’s estimated that rice accounts for at least 10% of all greenhouse gas emissions.


Nonetheless, there are attempts by farmers, NGOs and communities to make rice cultivation more sustainable. For example, periodically draining rice paddies may result in less methane being released, though it can increase levels of nitrous oxide, especially if excessive fertilizer has been used.16

However, a significant portion of the carbohydrates in brown rice is starch, which cats and dogs have no biological requirement for. Brown rice and other carb sources are only used by pet food manufacturers as they’re substantially cheaper than meat protein. Unfortunately, consistently feeding a diet that is high in starch and low in meat-based protein can lead to nutritional deficiencies that result in health problems, including meat-based amino acid deficiencies that can lead to heart disease.

This is why it’s important that starch sources like brown rice should only constitute less than 20% of your pet's diet. The bulk of a dog's and cat's calories should come from meat-based protein and healthy fats, not carbs. Replacing meat-derived amino acids with cheaper vegan protein sources can lead to amino acid deficiencies.

Do the Carb Equation When Feeding Dry Pet Food

Before purchasing any dry pet food, always do the carb equation to ensure your pet is receiving an adequate amount of meat-derived protein. In some pet food labels, the carb content is intentionally left off to avoid "confusing" pet owners. Here's the formula to help you determine carb content:


In these two examples, it's obvious that the amount of carbohydrates far exceeds the goal of keeping carbs to less than 20% of the diet. But even when fiber is accounted for, the bulk of calories in most dry pet foods come from unnecessary, high glycemic starch, which is not only metabolically stressful and biologically inappropriate but leads to a host of degenerative diseases over time. So while brown rice isn’t toxic for pets, remember to only feed sparsely and in moderation.