If you’re feeding dog food to your pets and check the ingredients on the label, you might see the word “barley” in the list. Barley, just like rice and other grains, is commonly added to most commercial dog foods, but what is this food actually? Can it provide your pets with notable benefits? Keep reading to discover what barley is, and whether or not it’s a good addition to your pet’s diet.

What Is Barley and Why Is It Used in Pet Foods?

Barley (Hordeum vulgare) belongs to the grass family Poaceae and is known for the edible grain it produces. It’s the fourth largest grain crop grown worldwide, after wheat, rice and corn.1 In the U.S., a large majority of the barley production goes into animal feed and beer manufacturing2 — hence the reason why you’ll see it in some conventional pet foods.

The reason why barley is used in pet foods is because it’s cheaper — it’s rich in carbohydrates, and these carb fillers allow the manufacturer to reduce the amount of meat, which is far more expensive, in their recipes. 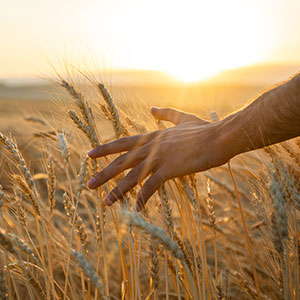 Barley has a long history of use. In ancient Mesopotamia, it was used as a form of currency. Pliny the Elder, a Roman historian, also wrote that in ancient Greece, this food was given to the gladiators, and they’re referred to as “barley eaters.”3

So Is Barley Good for Your Dogs and Cats?

The truth is that barley is a grain, just like wheat and rice. Dogs and cats have no biological need for carbs, and it only converts in their body to sugar. What’s more, dogs and cats have short digestive tracts and are adapted to metabolize animal flesh, so proteins and fats are the preferred energy source for these animals — not carbs.

In terms of toxicity, however, there’s no issue if your pet consumes small amounts of barley, if necessary. Most people need to resort to adding grains to their pet food due to finances, and this is fine as long as it’s given in very small amounts. I don’t recommend adding grains “just because,” as there’s no taurine or other important nutrients found in carbs that pets lack.

Top Barley Producers in the US 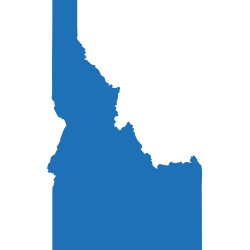 In 2021, the U.S. produced 170.8 million bushels of barley. Idaho, Montana and North Dakota were the top producers, with Idaho’s production slightly higher than the two other states.4 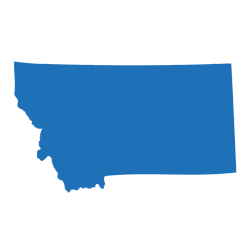 Giving small amounts of barley to your pet, such as using it as a food topper, can provide them with some nutrients, one example of which is phytochemicals. Flavonoids, phenolic acids and lignans are examples of phytochemicals found in barley. They have antioxidant, cholesterol-lowering and antiproliferative properties.

Phenolic acids are the most abundant group of phytochemicals in barley and are primarily located in the kernel’s outer layers. They’ve been linked to disease prevention and are an excellent source of antioxidants with antiradical and antiproliferative effects. Meanwhile, flavonoids have been linked to helping moderate many diseases including cancer and coronary heart diseases. Flavanols, anthocyanins and proanthocyanidins are the flavonoids found in barley.

Lignans, on the other hand, are natural defense substances found in plants that have antiviral, antioxidant, antibacterial and antitumor properties. They may help protect against coronary heart disease.5

A one-tablespoon serving of barley contains 0.37 grams of soluble fiber,6 which promotes smooth passage of food to the gastrointestinal (GI) tract. According to Harvard Health, the type of soluble fiber in barley is called beta glucans, which may have cholesterol-loweringabilities.7

Fiber is helpful for pets, as it builds the microbiome and provides roughage for bowel health. But remember that it should be provided in appropriate amounts only and not added to highly processed diets as a means of keeping stools artificially firm or tricking animals into thinking they are satiated.

If you’re feeding your dog or cat a nutritionally balanced, species-appropriate diet, which includes low-glycemic vegetables, along with appropriate supplementation, including pet probiotics and digestive enzymes, and they’re producing small, firm stools, then they’re getting the right amount of fiber they need.

Other Nutrients in Barley

B vitamins, particularly niacin (vitamin B3), thiamine (vitamin B1) and pyridoxine (vitamin B6), are found in barley.8 In pets, niacin is essential for maintaining your pet’s GI tract, nervous system tissue and skin function.9 Thiamine, meanwhile, is needed for normal growth, nerve impulse transmission and metabolism of carbohydrates.10 Pyridoxine is needed for producing red blood cells and neurotransmitters.11

In addition, barley contains minerals like iron and magnesium.12 Iron is crucial for metabolic function and oxygen transport in hemoglobin,13 while magnesium is needed for “bone mineralization, muscle contraction and relaxation, and neuronal signal transduction.”14 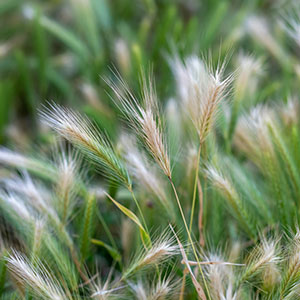 Don’t confuse foxtail barley with the typical barley plant. A common type of weed, foxtail barley (Hordeum jubatum) can be dangerous to pets, as the bristles of the plant can get in their ears, eyes, mouth or paws. If you spot it while out on a walk with your pet, stay away.

Despite having small amounts of the nutrients mentioned above, an important reason why you should limit barley and other lectin-containing grains in your pet’s diet is because they contain gluten, a naturally occurring protein that acts as a binder.15

Gluten is an antinutrient — this means it interferes with how the body absorbs important minerals and nutrients.16 Gluten can lead to intestinal permeability, where animals can develop inflammation in their intestines, leading to unpleasant symptoms such as weight loss, diarrhea and more.17

Lectins, on the other hand, are proteins that bind to carbohydrates and are found in animal studies to interfere with the absorption of minerals like iron, zinc and calcium. They can lead to side effects like nausea, diarrhea, stomach upset and inflammatory conditions.18

Aside from gluten, other antinutrients found in whole grains like barley are phytic acid and saponins.19,20 While there are ways to minimize these antinutrients through proper food preparation (for example, one study notes that soaking may help reduce the phytates in wheat and barley21), the best course of action is still to feed these grains, and all starchy carbs, in limited amounts to healthy animals — they should not make up a significant portion of your pet’s nutritionally balanced species-appropriate diet.

If your pet requires a lower protein diet that must include a starch, sprouted rolled oats provide a more nutritious and gluten-free, healthier alternative.

Barley is grown not just for food but also for erosion control. The plant’s roots grow deep into soil, giving it protection from factors that may contribute to erosion, such as wind and rain. For this reason, barley is usually planted as a cold-weather cover crop. The plant also releases nitrogen into the soil. Barley may also help reduce weeds by outcompeting and shading them.

Growing barley doesn’t take up a lot of water; it’s a low water-intensive crop. It uses 171 gallons of water per pound. This plant prefers dry, arid climates and is unable to stand heavy moisture in the soil.22

Unfortunately, conventionally grown barley is often contaminated with glyphosate,23 a potentially carcinogenic active ingredient found in weedkillers such as Roundup. In grain crops like barley, wheat and oat, glyphosate is used as a desiccant, in order to speed up their harvest.24

In humans, glyphosate has been linked to adverse effects, like disrupting more than 50% of the microbiome, as well as increasing the risk of premature births, miscarriages and non-Hodgkin’s lymphoma.25,26,27,28 Today, new studies are shedding light on its potential negative effects on companion animals. Aside from being detected in dogs’ and cats’ urine,29 a 2020 analysis observed its potential to cause different kinds of cancer, like hemangiosarcoma, in animals.30 To make sure you do not expose your family, including your pets, to glyphosate in barley, always buy organic varieties.

Remember: Do the Carb Equation When Feeding Dry Pet Food

Before purchasing any dry pet food, always do the carb equation to ensure your pet is receiving an adequate amount of meat-derived protein and not gluten-containing carbs that do nothing for your pet’s health. In some pet food labels, the carb content is intentionally left off to avoid "confusing" pet owners. Here's the formula to help you determine carb content:

In these two examples, it's obvious that the amount of carbohydrates far exceeds the goal of keeping carbs to less than 20% of the diet. But even when fiber is accounted for, the bulk of calories in most dry pet foods come from unnecessary, high glycemic starch, which is not only metabolically stressful and biologically inappropriate but leads to a host of degenerative diseases over time. So while barley isn’t toxic for pets, remember to only feed sparsely and in moderation.